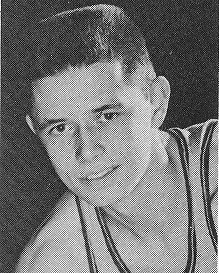 Biography:  Willie Hanson was an ass state player selection for two years while at Mendota HS.  When he graduated, Willie held all scoring records at Mendota.  He went on to play at Northern Illinois University where he set the all time free throw records.  He was an outstanding shooter and ballhandler, noted for his play in the clutch.  Will was an MVP and captain at NIU.  After playing, he was the head coach at Honenegah HS in Rockton.