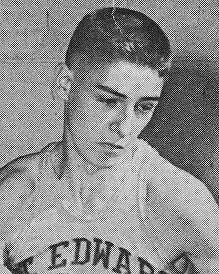 Biography:   John Paul was a great All-State Player from (Elgin) St. Edward High School in 1953.  He averaged over 25 ppg as a senior and was an All-Chicago Area selection for each of his three years of high school.  John went on to a distinguished career at the University of Illinois where he was elected captain in 1958.  John was one of the most outstanding players in the Big Ten and was awarded many post season honors for his all around play.  John coached at Dundee HS for several years before moving to Schaumburg HS as its athletic director.