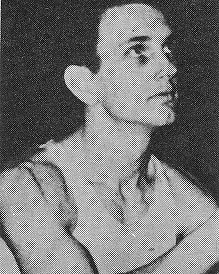 Biography:   Dan Trahey was an outstanding player from (Chicago) South Shore High School.  Dan led his squad to the 1944 city title and on to a third-place finish in the IHSA State Tournament.  He was selected as a member of the all-city and all-state teams for that year.  At the time of his induction in 1974, Dan still held most of his high school’s scoring records.  Dan moved on to Chicago Teachers College where he was selected as a Small College Division All American in 1948.  After playing, Dan remained in the city as the principal of Harper HS.  Dan retired from education in 1993.