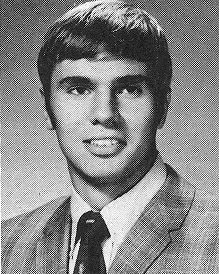 Biography:  Barry Moran of Pekin finished his high school career as the Greater Peoria all time leading scorer.  In his three seasons at Pekin HS, Barry totaled 1,637 points.  During his senior year (1967), he was named an all-state player and an all-state tournament selection as Pekin claimed the state title.  Barry continued his career at Northwestern University where he was the Wildcat’s leading scorer and rebounder his junior year when he was also the winner of the school’s Pendleton Award for academic-athletic proficiency.  That year he scored 420 points and grabbed 248 rebounds.  As a senior, Moran was a co-captain of the squad.