McLean County Basketball Tournament (1911 - Present)
We like to thank Bill Kemp, librarian, at the McLean County Museum of History for the pictures and historical summary relating to the second oldest basketball tournament in Illinois. 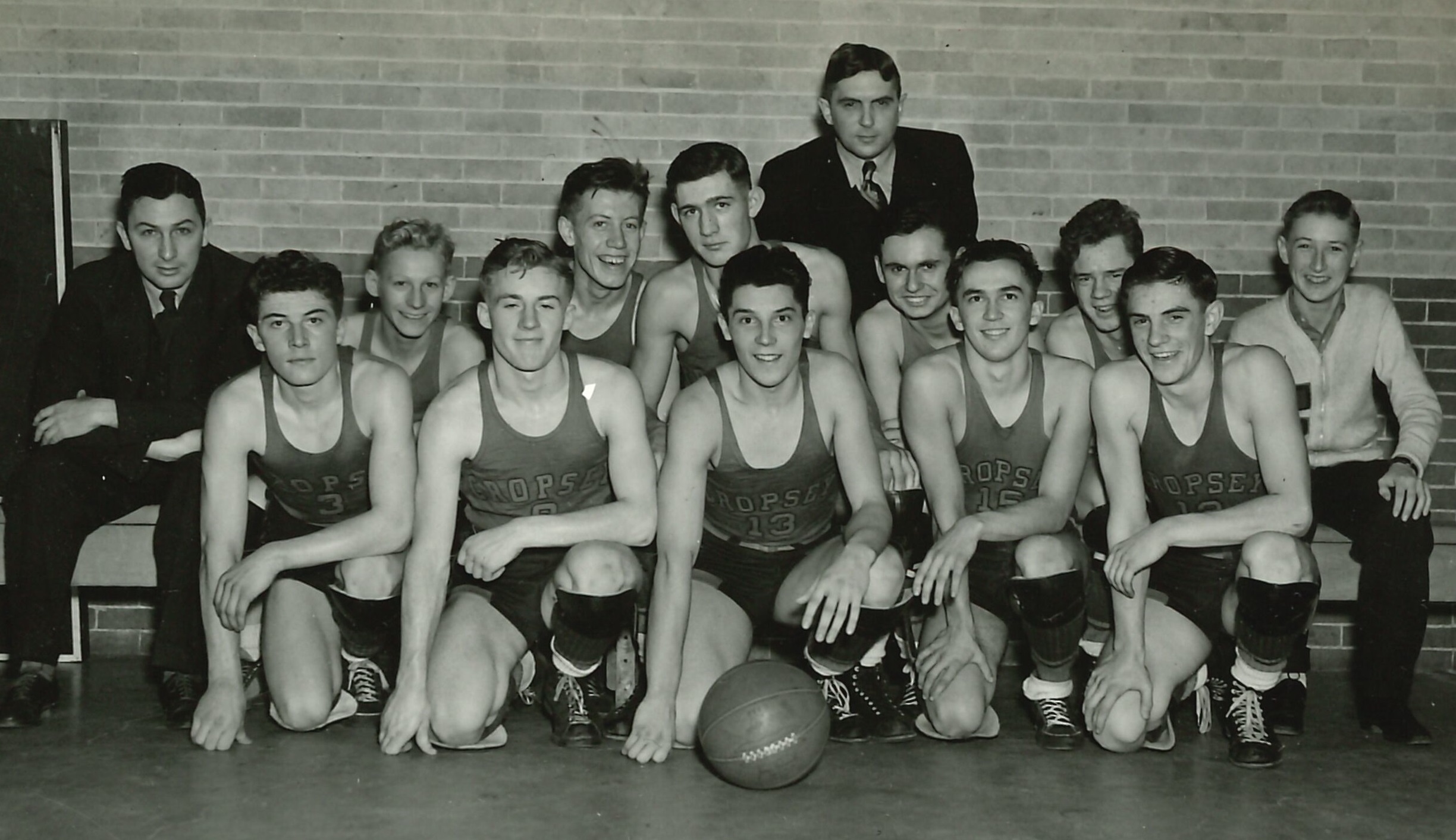 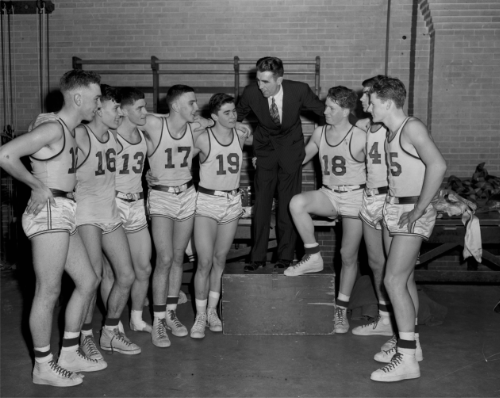 Picture 2 - With a 59-39 win over the Chenoa Red Birds, the Lexington Minutemen were crowned McLean County Basketball Tournament Champs in 1950. 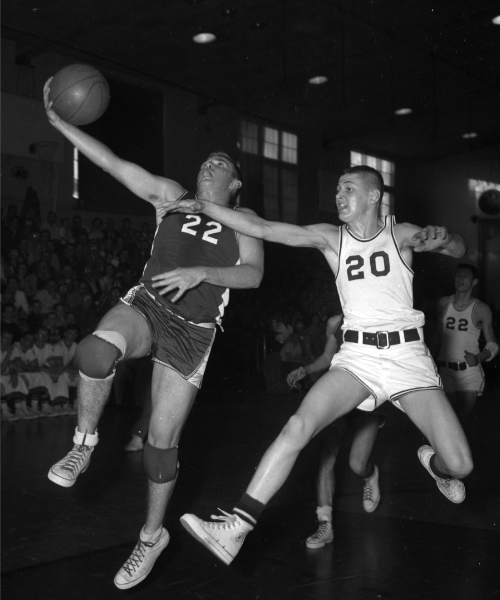 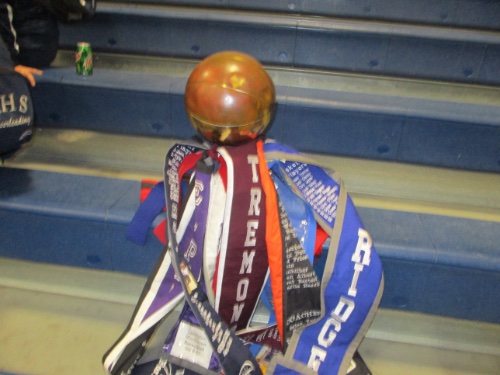 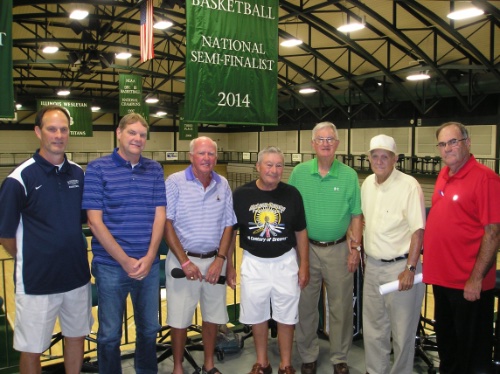 Picture of the McLean County Tournament Trophy and a picture from an oral history recording on the McLean County Tournament taken at Illinois Wesleyan University. Left to right: Rodney Kellar,  Coach at Ridgeview, Randy Kindred HOF Media for the Pantagraph, Dennis Bridges who played for Octavia, Pete Meiss, great coach at Gridley, Eugene Jontry, who played for Chenoa and also coached at Chenoa, Don Hardin, longtime coach at Bellflower and Don Eiker, former coach at Lexington.  This picture and their stories are "one for the ages" as they all made great contributions to the second oldest tournament in Illinois.