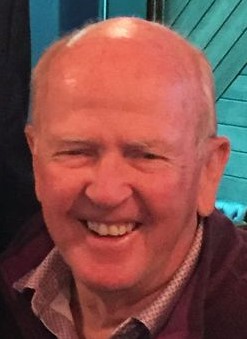 Biography:  Dennis Bridges truly ranks as one of the top basketball products produced in the state of Illinois. From his days of stardom at Octavia High School to the 36 seasons as head men’s basketball coach at Illinois Wesleyan University, Bridges truly ranks with the greats of this state. Bridges won three letters in football and four each in basketball and baseball at IWU from 1957-1961. Bridges captained two CCIW championship basketball teams and was the MVP once. He was accorded CCIW all-conference honors as a basketball guard and football quarterback. Bridges coached three seasons at Plainfield High School before returning to his alma mater and becoming Jack Horenberger’s (HOF coach inducted in 1973) assistant in basketball in 1964 and then succeeding him the following year. In 1981 Bridges also succeeded Horenberger as athletic director, a position he held until his retirement in 2015 (Dennis retired from coaching after the 2001 season). His teams won 667 games against only 319 losses.  Bridges’ teams won 17 CCIW titles. Twice Bridges took the Titans to NCAA Division 3 Regionals and in 1966 and 1977 to the NAIA national quarterfinals. The 1997 team won the Titans’ first NCAA Division 3 Natinal Championship, for which Denny was named national Coach of the Year.