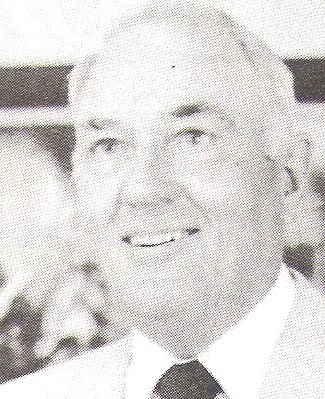 Biography:  From 1947-52, Larry was varsity coach at Odell High School and while he had an overall record of 60-62,  the last two seasons Odell was 41-13. From 1952-63, Martens coached varsity basketball at Amboy High School and produced an 111-155 record that included an Illowa Conference championship, and a semifinal berth in the DeKalb Holiday Tournament. From 1963-1978, Martens served as a freshmen-sophomore coach at Mendota with a record of 177-111 including  teams that went 20-3 and 23-1. He is credited with building Mendota into a small school power in the late 60’s and 70’s. More than 1,000 athletes competed under Martens. He was a multi-sport coach with 31years in basketball, 25years in football, 18 years in baseball and 8years in track and field. Larry is a prime example of why won-loss records shouldn’t always be the criteria of coaching excellence. It should also be remembered what a coach like Martens has given to the youth of Illinois.  Larry Martens died on May 6, 2005 at the age of 86.