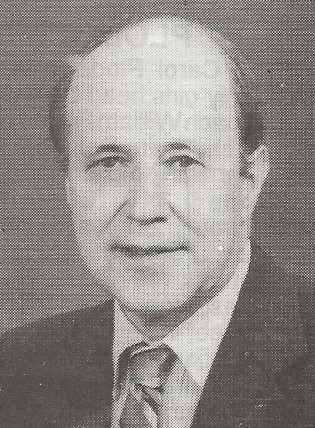 Biography: Ben Baggett taught and coached at Iuka Community Consolidated School for 38 years before retiring after the 1992-93 season.  In those years, Baggett became a coaching legend at the Marion County school.  During his tenure, Baggett compiled a 664-250 record and packed the trophy case with 123 basketball trophies.  A highlight of Baggett’s years at Iuka was an amazing 66-6 record he compiled during the 1978-80 campaigns.  The 1978 team placed second in the state and the 1979 club finished at 24-0 and state champions.  In his final season, Baggett’s team closed out his career with a third place state finish.  Baggett could well be the winningest coach in Southern Illinois junior high basketball.  One opposing coach said of Baggett, “He enjoyed a coaching career for which few equals can be found.  He became an institution among small school junior high coaches in Southern Illinois.  As an opposing coach I know there was no coach more challenging to compete against.”  Those coaches who always coached so aggressively against Baggett and his team in the Oil Belt Conference saw fit to present him with a plaque in recognition of his accomplishments and contributions to the conference.