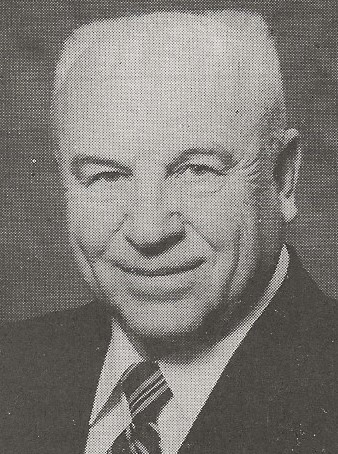 Biography: Bob Bezely is an institution around Armstrong in Vermilion County.  Some classic county tournament games transpired there with Bezely’s teams often involved.  It’s no wonder the Armstrong High School Board saw fit to name the gymnasium after the man who now serves as timer for Armstrong games.  A 1948 graduate of DePue High School, Bezely began a 35 year career at Buda High School in 1956 and the following season began his long association at Armstrong High School.  As the boys’ basketball coach, Bezely’s teams compiled a 311-194 record.  After completing a 20-year stint, Bezely decided to spend more time with his wife Phyllis and five children.  But the Armstrong Board had different ideas.  Two years later, Bezely was coaxed back into coaching the Armstrong girls’ team.   “They said they wanted somebody to teach them fundamentals,” Bezely remembers.  “I told them I’d take them for one year and I ended up doing it for 14 years.”  Bezely’s girls compiled a 201-140 record.  That gave the Potomac resident an overall 512-334 mark.  Among those wins are 24 conference titles and 16 tournament championships.  Bezely couldn’t stay away from Armstrong after his retirement, taking the basketball timer’s job and continuing a job as a school bus driver.