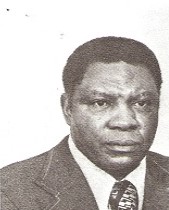 Biography: In sixteen (16) years as the coach of Chicago’s DuSable High School, Jim Brown propelled his colorful Panthers to a 278-115 output to the rhythm of a devastating running game on offense and, on defense, was the first in the city to employ the match-up and pressure resistance. DuSable was the first Chicago team to play for the state title.  Due to his team’s perennial domination of the city’s Public League, Brown generated tri-state interest while effecting attendance records in celebrated basketball houses in Illinois, Indiana, and Wisconsin. He was an All-American Selection on Southern University’s National Negro Basketball Champions in 1941.  Jim Brown passed away near the age of 75.