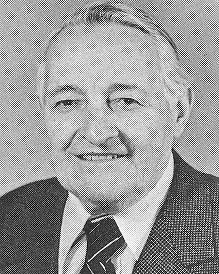 Biography:  The Peoria area has produced many great coaches and Thomas E. Correll ranks up among them. Correll coached at three different schools in his 37 years on the sidelines without changing jobs. In four seasons at Averyville, Correll-coached teams won 70% of their games and three Peoria County titles. Averyville was annexed to Peoria and became part of Kingman High, but in the Averyville building. Correll coached Kingman teams to a 60% winning rate for seven seasons. The 1933 team won the IHSA District title. Woodruff High School opened in 1937 and Kingman was a part of that consolidation. Correll became the coach there for 20 years. The Warriors won 60% of their games and won the IHSA Sweet Sixteen in 1939 and 1952, thus making the quarterfinals both times. At Woodruff, Thomas coached basketball, football, and baseball. Thomas passed away on December 22, 1980 at the age of 78.