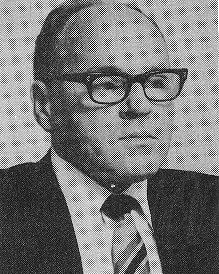 Biography:  Ted Hedstrand owns the distinction among Illinois high school head coaches of being the only one to ever produce undefeated basketball and football teams during the same school year. Ted attained that honor during the 1949-50 school year at North Park Academy when his basketball team led by Bob Mattick (later an Oklahoma All-American Player) was 26-0 on the heels of the football team’s 8-0 season. Ted served as the Academy’s basketball coach for 18 seasons, winning more than 200 games and producing two Private School League Champions. He then served as North Park JC head coach for 4 seasons. After North Park Academy closed in 1969, Ted joined the North Park College staff in both cross country and track. Ted passed away on September 8, 1999.