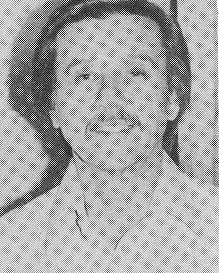 Biography:  Chuck Mundell and basketball are synonymous at Kaskaskia College. For 28 seasons Mundell coached at Kaskaskia (or its predecessor Centralia Junior College). At the time he left, Mundell was the 17th winningest coach in the National Junior College Athletic Association. His teams had won 381 games. Starting in 1963, his Blue Devils averaged more than 100 ppg for three seasons with the 1963-64 club scoring at an amazing 117.5 ppg clip. It stood as an NJCAA record. Five of Mundell’s athletes have been NJCAA All-Americans. Mundell teams made the state finals 4 times from 1964 to 1968. The 1946 team was champion of the tournament of which he was instrumental in organizing. He served as state basketball chairman for the NJCAA for 18 years. Mundell authored Triple Threat Basketball in 1968 and has contributed articles to several other books and publications. He also published a basketball scorebook and statistics book marketed nationwide.