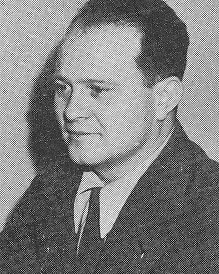 Biography:  Frank Newton served as head basketball coach at Olney High School for 11 seasons beginning with 1934-35. Newton had served as an assistant coach before assuming the head job. Newton’s teams were to win 230 games while losing 81 for a .740 percentage. Seven times Newton sent teams to sectional tournaments and his 1942 club was a member of the Sweet Sixteen, losing in the quarterfinals. Eight of Newton’s teams were 20- games winners and the 1938-39 club set state’s longest winning streak at 24 games. Newton also served as Olney’s head football coach and athletic director.   Unfortunately, Frank Newton was inducted into the Hall of Fame posthumously as he passed at the young age of 45 on March 12, 1952.