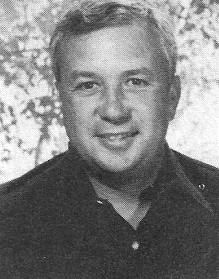 Biography:  In 1985, basketball fans throughout the state finally were able to enjoy the work and dedication Roger injects into his Chrisman high school basketball teams when the Cardinals placed second in the IHSA Class A state tournament. Beals’ teams at (Metcalfe) Young America High School (7 years) and (Varna) Mid- County High School (one) also enjoyed the same type coaching before he started his 16-year stint at Chrisman High School. In 23 seasons, Beals teams won 472 games and lost 172. The 16 years at Chrisman have earned a 373-73 record. Included in the more than 45 championships Beals’ teams have produced are 12 conference, 14 IHSA district and regional titles along with 3 IHSA sectionals. Roger went on to win 541 games at Chrisman.  This includes a 2nd place in the IHSA state tournament in 1985 and a 3rd place in 1987.  His career win total of 638 still ranks high on all-time records in the state of Illinois.  Beals served on the Class A Screening Committee since the inception of the IBCA All- Star game. Beals who was Eastern Illinois University’s most valuable player during the 1959-1960 season, has attended and participated in numerous basketball clinics. He has served the IHSA on its rules committee. In addition to basketball Beals also coached cross country taking numerous teams to the state meet where several of them finished in the top 10.