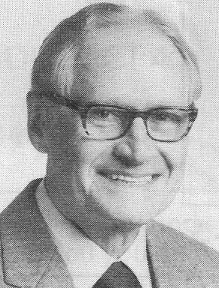 Biography:  Richard McGrew coached basketball for 25 years and was an athletic director for 27 years at Perry, Peotone and Zion-Benton High Schools. He compiled a coaching record of 368-164. Included were 15 championships. He was basketball coach of the year in the Kankakee Valley Conference for the 1946-1947 and 1947-1948 seasons. McGrew received an award of recognition for contribution to the coaching profession from the Illinois High School Athletic Coaches Association in 1967. McGrew served as president and secretary of the North Suburban Conference for 10 years. McGrew also attended 56 consecutive state tournaments.  Richard McGrew died on April 8, 2003.