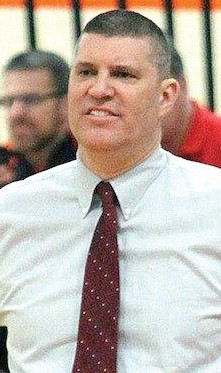 Biography:  At the time of his induction, Bryan had just completed his 24th season as a boys' head basketball coach in Illinois, including the past 11 at Barrington High School. He has led Barrington to a 201-121 record, giving him a career mark of 436-247.  Bryan also had a 164-66 mark in eight years at Wilmette Loyola and a 71-60 record in five years at Marian. His teams have won 8 IHSA Regional championships, 3 IHSA Sectional titles and had seven 20-win seasons.