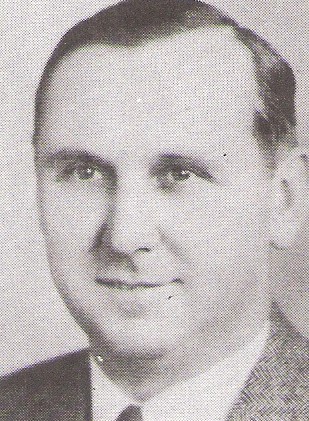 Biography:  Anton “Tony” Kresl coached 15 seasons at Toluca High School. He coached the Varsity and Junior Varsity. Kresl’s Varsity teams were 294-125 while the reserves were 235-86. That gave Kresl an overall mark of 529-211. His Toluca teams won three IHSA District titles, three IHSA Regional championships and twice reached the sectional finals. Kresl’s 1944-45 team rolled past 27 of 29 opponents. Kresl served as athletic director for 16 seasons at Toluca. He also officiated basketball and was considered to be as good a referee as he was a basketball coach. Kresl was an early legend in Central Illinois.  Coach Kresl died on November 1, 1953 at the young age of 50.