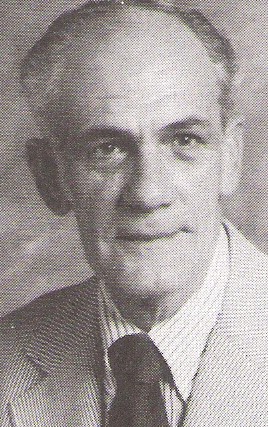 Biography:  The late Wendell Starrick left an indelible mark on basketball coaching in Southern Illinois as his teams at Johnston City and Marion combined for 230 varsity basketball wins and 188 losses. Starrick’s coaching career began at Johnston City in 1948 and continued through 1954. His Johnston City team was 16-10. Starrick’s next two teams were his best. The 1949 team had a 26-6 record, took second in the Coal Cities tournament, third in the Benton Invitational. During regular season play, the Indians defeated state champion Mount Vernon 31-30. The Indians won regional and sectional titles before losing 54-52 to Mount Vernon at Champaign. The 1950 team was 23-8 and placed second in both the Coal Cities and Pyramid Tournaments. Johnston City won regional and sectional championships before dropping a 67-55 decision to Bradley-Bourbonnais. Starrick moved to Marion as a varsity basketball coach in 1956 and spend 11 seasons there and compiled a 111-107 record. Starrick’s 1962 Marion team was 18-12 and won the Pyramid Tournament and was fourth in the Centralia Tournament. Starrick’s team won the regional and sectional tournaments and advanced to Champaign where it lost to McLeansboro 53-52. In addition to basketball, Starrick rolled up impressive records in football at both Johnston City and Marion. Starrick was also a top track and cross-country coach at Marion.