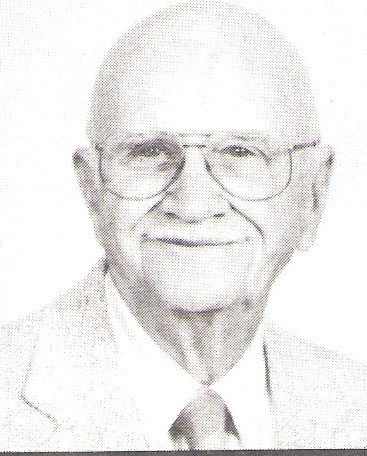 Biography:  Harlan Hodges had a distinguished 35-year basketball coaching career that started in 1924 at Harrisburg Junior High.  He continued as head coach at Carrier Mills High School and West Frankfort High School.  His college coaching days included stints at Rolla (MO) School of Mines and Southern Illinois University before 6 seasons at Murray State University in Kentucky.  His last stint came at the University of Idaho from 1954-58.  At Carrier Mills, during the Great Depression, equipment was scarce.  Harlan had the names of the players placed on the backs of the jerseys which his players then purchased so that Hodges could get new equipment for the program.  He is believed to be the first coach in the country to have players' names on the backs of jerseys.  At West Frankfort, Hodges took teams to the IHSA Sweet Sixteen in 1944 (23-9) and 1945 (33-5).  In his 6 seasons at Murray State, Harlan was 109-66.  In 1950-51 Harlan dubbed his team "the Racers" due to the fast break style they played.  This stuck and is still the mascot name for the sports teams at the university.  The Racers won the Ohio Valley Conference that year by beating Western Kentucky and Eastern Kentucky on the same day--all 3 teams were ranked nationally.  Hodges' 1952-53 squad placed 2nd in the National Invitational Basketball Tournament that was held in Kansas City.  At Idaho, the smallest school in the Pacific Coast Conference, his fast break style earned a 17-9 mark in his 2nd year there.  Harlan coach 7 All-American players and is remembered for originating the "North-South" high school basketball classic while at Murray State.  Harlan Hodges died on June 6, 1994 at the age of 91.