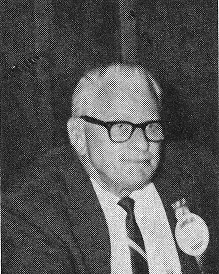 The coach of the fabulous (Harvey) Thornton High School “Flying Clouds,” Jack Lipe had one of the most successful coaching careers in the history of the state of Illinois.  For three consecutive years he led his Thornton team into the state championship game.  He won in 1933 and finished second in 1934 and 1935.  He was very instrumental in changing the financial arrangements for the participating teams in the state tournament.  From 1930 to 1945 Jack Lipe was a dominant factor in prep basketball in Illinois.  During that period he developed and coached 10 All State players.  In 2006, Jack was named by the IHSA as one of its 100 Legends of the game.  Jack Lipe passed away on January 13, 1998.