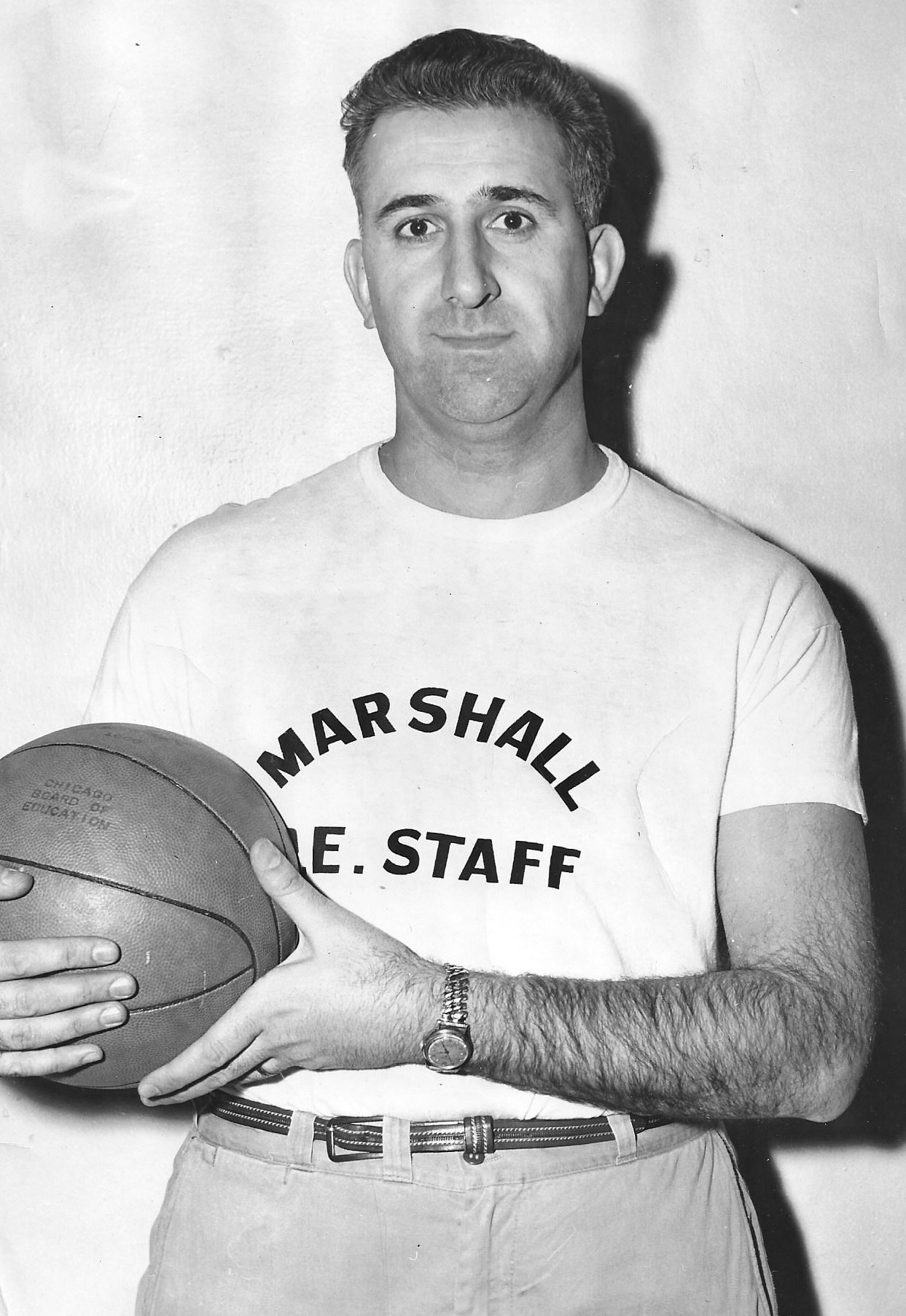 Isadore "Spin" Salario, a US Army World War II Veteran, was a coach, mentor and friend to hundreds of young men. After WW II, Isadore was a star basketball player at Chicago Teacher's College (now Chicago State). He coached Tilden Tech Juniors to their first Public League Championship in 1950-51.  Spin coached Marshall High School to two Illinois State High School Basketball Championships. In 1958, Marshall became the first Chicago Public League representative and the first all-African American team to win the state title with a perfect 32-0 record. He also coached the 1960 Illinois State Championship Team with a 30-2 record. His Marshall teams won Chicago City Championships in 1955, 1958, 1959, and 1960.  His style was an aggressive, full-court press defense and a "don't hold the ball" offense. Said Coach Salario, "I felt like I owed it to fans to play an exciting brand of basketball. I never, ever had a team stall. We took shots from all over the floor if they were there. That time was great because we broke a psychological barrier." After his 1960 HS Championship, Salario coached at Chicago Teacher's College (now Chicago State) until 1970. His record there was 140-110.  One of his players was Bob Hallberg who went on to coach basketball at St. Xavier, Chicago State U. and U. Illinois-Chicago. In 1970, "Spin" joined the PE faculty and coached at Northeastern Illinois U. He coached basketball for 6 years at Northeastern where his teams had three 20+ win seasons and won the Chicagoland Collegiate Conf. Championship in 1974 and 75. One of his star players at Northeastern was Danny Crawford, a highly successful NBA referee. Spin passed away on January 25, 2012 at the age of 90.