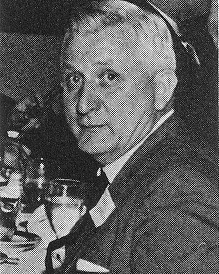 Biography:  Tony Maffia attended (Chicago) Crane Tech HS and the University of Illinois.  He coached at South Shore HS from 1941 until 1949.  His teams won two city championships and four conference titles.  The 1944 Chicago City Champions also placed 3rd in the state tournament while the 1947 Chicago City Champions only lost one game to the eventual State Champions in the quarter final game.  His record of 90-17 during eight years has rarely been equaled.  Tony moved across town to coach (Chicago) Dunbar from 1951-1961 and was highly successful there as well.  Over his 20-year career, Tony’s teams won 438 games against only 107 losses. Tony Maffia passed away during August of 1979.