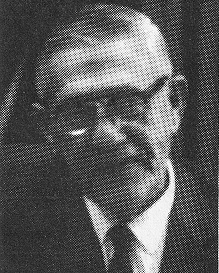 Biography:  Not many players get the chance to have played for an Illinois State Championship. Pat Holmes got the chance twice. After finishing 2nd during his junior year at Freeport HS, he led his team back to defeat Springfield HS for the title in 1915. Later, he would coach Freeport to the title in 1926 with a win over Canton HS. When Holmes played, the center jump after each basket was still the rule and there were no disqualifications for a certain number of fouls. Holmes’ championship efforts came in Huff Gymnasium in Champaign.  When Holmes stopped coaching at Freeport to work on his master’s degree at the University of Wisconsin, he was replaced by a young coach named Adolph Rupp. After finishing his degree, Glenn coached at Oak Park-River Forest High School.