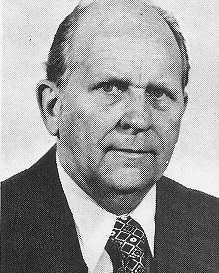 Biography: Willard Josephson was spending a vacation in Florida in 1970 when he picked up a Chicago paper and saw Joliet Central’s Roger Powell in a picture and story about the state tournament.  Most of the people in Joliet had though that the Steelmen were a year away from the state tournament.  Josephson, a season ticket holder, hopped in the car and drove straight through to Champaign and watched as Central finished third that year.  The retired Standard Oil Co, employee had attended Steelmen games since 1927, missing very few games along the way except for his time in the service during 1942.  Additionally, Willard watched many Joliet Junior College games.  He claims that watching Joliet win the 1937 state title as his biggest thrill.