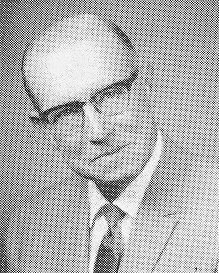 Biography: Herbert B. Davis was the official scorebook for Salem Community High School for 35+ consecutive years. During his 45-year English teaching career at the school, Herbert worked the regular season, invitational tournament games and IHSA tournament games during his tenure on the bench. Even after retirement he continued to help the squad. Herbert was a graduate of Murphysboro High School, Southern Illinois University and the University of Illinois. Herbert Davis passed away on December 5, 1977.