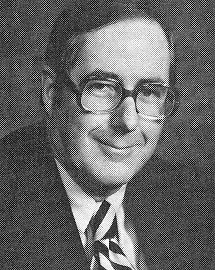 Biography: Charles O’Rourke’s wife, Katherine, recalls calling him to come home from the 1959 state tournament for the birth of their youngest son, Terry. Charles was home but in front of the television as Springfield High School drove to the championship. A close game at the end, she remembers Charles stalling to see the end as the Senators defeated the Aurora East Tomcats by a score of 60-52. Had the game gone into overtime, Terry may have been born right in front of the TV.  Charles’ love affair with high school basketball began in 1936 when his older brothers took him to Champaign to see Johnston City defeat their Proviso HS, 24-18. By 1955, he was watching 100+ games per year. He followed Thornton Harvey for many years before moving to Homewood in 1964 where he closely followed HFHS. Although not a coach, Charles would often find time to attend basketball clinics. After each game, he went home to a thinking chair to replay the game mentally.