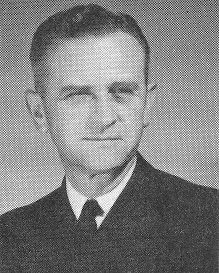 Biography: Wayne F. Eckley had much to do with the Pontiac Holiday Tournament being recognized as one of the best in the state. The tournament, which started in 1926 had as its manager from 1931 through 1941 none other than Wayne Eckley. Eckley had served as basketball coach at Ellsworth before moving to Pontiac for two seasons beginning with the 29-30 year. Through the troubled 1930s, Eckley managed to steer the tournament through the Great Depression and the pre-World War II years so that it is now one of the firm fixtures of Illinois High School basketball circles. The 1920 graduate of Kankakee High School graduated from Illinois Wesleyan in 1927. Wayne moved back to Annapolis where he became a professor of nuclear engineering at the US Naval Academy.  Wayne passed away on November 12, 1988.