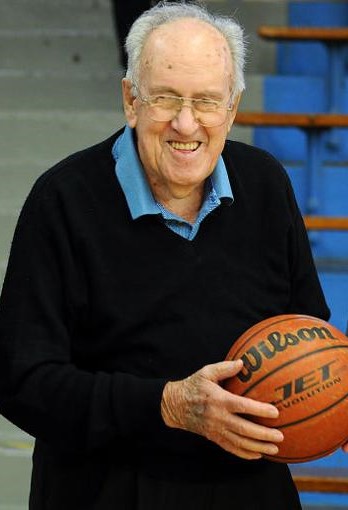 Biography: Before his teaching and coaching career began, Corliss had a military career as a pilot in WWII.  He flew missions over Europe and on at least one occasion was saved by the famed Tuskegee Airmen.  He was a part of the “Forgotten 500”, whose story was told in 2007 by a book of that name.  Corliss turned to coaching, first at Buckley-Loda high School from 1946-50 with a record of 110-17 then at Clifton Central High School from 1951-62 where his record was 191-106. His overall record was 301-123.  His schools won numerous IHSA Regional and conference titles.  AFter retiring from coaching, he was the athletic director at Clifton Central before ascending to the role of superintendent of the district.  During his time in administration, Corliss oversaw the development of their athletic facilities.  Corliss Norton died at the age of 99 on November 27, 2021; just a few weeks shy of his 100th birthday!