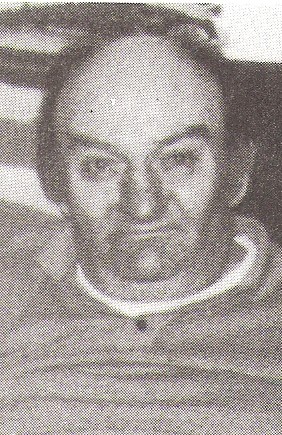 Biography: Butch Pescitelli shared his allegiance for several seasons while the late Jim Gabrick was on the coaching scene at Mid-County and Metamora High Schools. But truly Butch and Toluca basketball is a long-standing love affair. He was an avid fan of basketball for more than 50 years. He was the unofficial co-pilot of the Toluca bus for road games. At games you would most likely find Butch directly behind the player’s bench where he looks like the team’s bodyguard and where he can readily offer his vast rules knowledge to anyone who seemed to need his help. Pescitelli helped Coach Rolinski by attending numerous basketball events.  At most IBCA functions, he served as the official hospitality chairman. Nearly the entire sports staff of one of the state’s largest newspaper showed their appreciation for Butch recently when they had “This Butch is for you” T-Shits made emblazoned with Pescitelli’s picture.  Butch died on April 7, 2005 just a week shy of his 75th birthday.