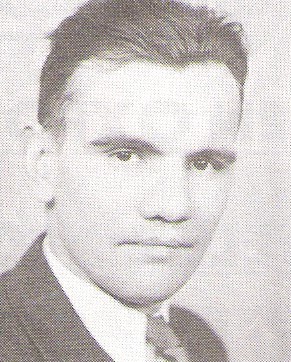 Biography: Fred Crawford is certainly a friend of basketball. If the great Adolph Rupp of Kentucky was still around he could tell you the class of the former Harlem High School coach of Loves Park. Rupp was coaching at Freeport High School, early in his career against Crawford’s Harlem team, then a district team.  Fred’s squad was trailing the Pretzels 19-9 at halftime.  Crawford’s Harlem club limited Rupp’s Pretzels to only two points in the third quarter while scoring six. Harlem tied the game at 21-all with 45 seconds to play. Rupp prevailed when his club scored its only basket of the second half with 45 seconds to play. They also tell the story of another Harlem team in a game at Durand. The scoreboard showed Durand a 20-19 winner at the final buzzer. That is until the official scorekeeper revealed the correct score was 20-20. In those days, that discrepancy constituted a technical foul against Durand. Harlem was awarded a free throw. Crawford showed his class by declining the free throw and agreeing to play an overtime period. They did, and Durand won 27-24. It was the first time Durand had beaten a Harlem basketball team. Crawford compiled a 218-90 record in 13 seasons at Harlem from 1927-28 through the 1939-40 season. That winning percentage of .708 is the best for any Harlem basketball coach, who coached more than one season. Only the larger schools in Freeport, Belvidere and Rockford kept the tiny Harlem school from the State Tournament in Champaign.