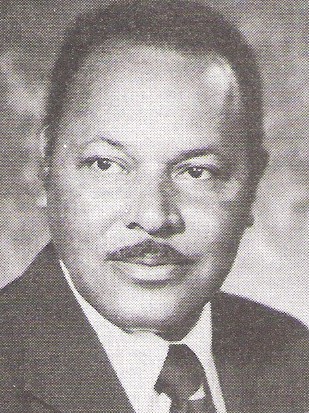 Biography: Gene Cross has played every role in the game of basketball.  He was not only a player for the Mounds Douglas Tornadoes, which won a State Colored School Championship his senior year, Cross also went on to play for Wilberforce University (OH). He then returned home and coached the Tornadoes for 13 years and posted a 253-91 record which included seven district titles and two regional championships. After Mounds and Mound City consolidated to form Meridian in 1964, Cross served as an assistant under Jim Byassee for five years and also athletic director and dean of students. Cross’ most outstanding memory is the role Mounds Douglas played in the integration of the High School State Tournament. Black schools weren’t allowed to play in the IHSA Tournament, holding their own “Colored School Tournament” in conjunction with it. The championship game was played between the semi-finals of the IHSA Tournament. After the tournament was integrated, Mounds was forced to play in district or regionals as far north as West Frankfort, Mount Vernon and Carbondale. When the first integrated district was played in Anna and the regional at Shawnee, Cross’ Tornadoes came away as winners. In all, Cross coached 18 years, served as an athletic director 34 years and was a respected basketball official for 22 years.  Gene Cross was inducted into the IBCA Hall of Fame as in the Coach category in 1994 to become one of a handful of people who hold spots in two HOF categories.  Gene died on September 20, 2002 at the age of 75.