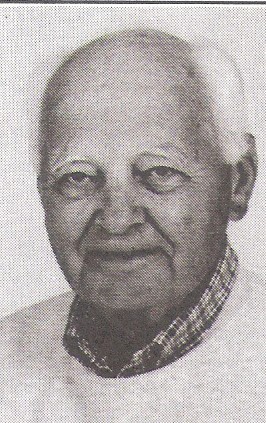 Biography: Richard “Chick” Evans was an integral part of the Morton High School athletic program for 33 years when he was inducted in 2000. Evans played football and basketball at Villanova and Wisconsin-LaCrosse and also did undergraduate work at Northwestern. He earned his master’s degree in broadcasting at Iowa.  Evans was a member of the Morton Park Board for more than 20 years and served as a member of the Alcohol and Drug Task Force. He was responsible for organizing Morton’s first Junior Football League in the 1960s. For his commitment to the community, Evans was chosen as marshal of the 1990 Morton Pumpkin Festival Parade.   His first attachment to the Potter athletic department was on the football chain gang and it lasted for 33 years. During the winter you could find Evans behind the scorer’s bench keeping time on the clock for the basketball team, a position he held for 25 years. Chick also judged boys and girls high jump for 16 years for the Potters and at the state track and field meets.  He was devoted to the student-athletes in Morton and was a liaison between the players, coaches, parents and administration. He lived by the motto: “Ambition, plus aptitude, equals attitude,” and continuously shared it with student-athletes.  Chick Evans died on January 9, 2006.