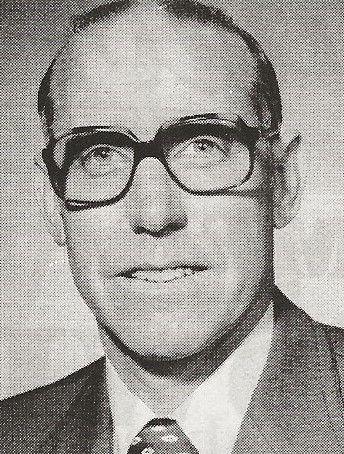 Biography: John letterd in basketball at the University of Alabama and Southern Illinois University after earning 9 varsity letters at Vienna High School in various sports.  He served as a lieutenant at Beale Air Force Base following college.  While there, he doubled as the player and coach of the base team.  In his first season Beale posted a 36-6 record that included victories over colleges such as the University of Nevada.  John averaged 26 ppg the following season as the team went undefeated and qualified for the Air Force finals in Hawaii.  Unfortunately for the team, John’s tour of duty ended before the tournament and they lost their first game.  After the service, John coached 1 year at Galatia High School and became the head basketball coach at Carbondale High School in 1959 for a 10-year stint.  In 1965, the Terriers had their first perfect conference season.  In 1966, they won their first IHSA Regional title since 1949.  In his final season, Carbondale lost only to the top teams in the state including a 75-59 loss in the 1967 state title game to Pekin High School.  John sponsored the Fellowship of Christian Athletes in Carbondale for 11 years and helped many area groups to organize.  He served on high school advisory committees and on the SIU Intercollegiate Athletic Advisory Board.  Throughout his life, John watched as many as 8 games a week during the basketball season.