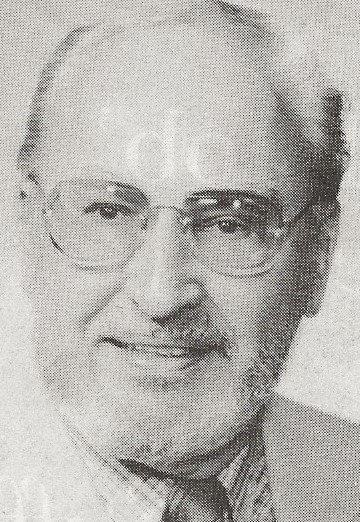 Biography: At the time of his induction, Joe had attended the IHSA state tournaments for 51 years.  For his efforts on behalf of high school sports at (Kankakee) Bishop McNamara High School and its predecessor, St. Patrick HS, Joe was honored by the late Governor Samuel Shapairo and the Kankakee Knights of Columbus.  Joe had picked up the tab of the game dinners for the players and coaches and helped defray the cost of athletic banquets.  He was a founding member of the Huddle Club and helped build the McNamara football stadium, literally by mixing concrete and shoveling dirt, and financially with his donations.  Those who knew Joe Gianotti felt that it has been people like him who give meaning to the often repeated phrase “The Original March Madness” in the state of Illinois.  Joe Gianotti died on June 19, 2009 at the age of 91.