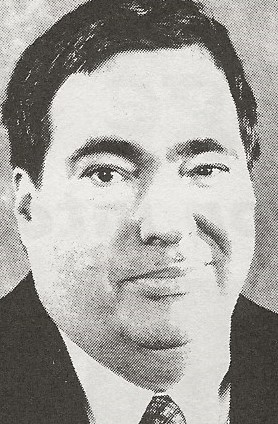 Biography: Jerry Krause was the architect of the six Chicago Bulls World Championships in his 18 seasons as executive vice president of basketball operations. The Chicago Taft High School graduate was in the NBA for more than 35 years with a great record.  Bulls owner Jerry Reinsdorf called Krause the “hardest-working sports executive I’ve ever been around,” when he hired him on March 25, 1985. Krause was responsible for the acquisition of every player other than Michael Jordan and all of the coaching and administrative staff that won the six World Championships. He was named NBA Executive of the Year in 1987-88 and 1995-96.  Krause was responsible for draft choices such as Scottie Pippen, Charles Oakley, Horace Grant, B.J. Armstrong, Toni Kukoc and Elton Brand. He signed Ron Harper, John Paxson, Steve Kerr and Bill Wennington as free agents and traded Bill Cartwright for Dennis Rodman. He hired coach Phil Jackson from the Continental Basketball Association.  As a scout for Baltimore, Chicago, Phoenix and the Los Angeles Lakers, Krause was responsible for drafting Hall of Fame players such as Earl Monroe and Wes Unseld and four NBA Rookies of the Year in Monroe, Unseld, Alvan Adams and Brand. Krause is the only man in professional sports to be an executive in Major League Baseball and the NBA.  Krause resigned as Bulls general manager in 2003. He died on March 21,  2017 at age 77 and was inducted posthumously to the NBA Basketball Hall of Fame that same year.