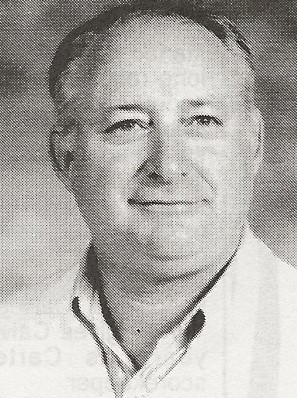 Biography: Mike Curtis was probably best known as a basketball coach at Carbondale’s Lincoln Junior High, where he compiled a 341-130 record in 12 seasons as seventh-grade coach and nine as eighth-grade coach. In between his junior high stints he served a year as varsity assistant at Carbondale High School in 1985-86, when the Terriers reached the Class AA Elite Eight.  As eighth-grade coach, his teams won seven regional championships and the IJHSAA state tournament in 1988, 1989 and 1990. He coached 14 players who went on to Division I programs and two, Stephen Bardo (Illinois) and Dan Cross (Florida), played in the NCAA Final Four. Bardo and Troy Hudson played in the NBA.  Curtis remained involved in basketball by working the scorer’s bench at Carbondale High School and Southern Illinois University during regular-season games, the Carbondale A and AA supersectionals and the Carbondale Holiday Tournament. In 1996, Curtis received the Jake Goro Award for service to the holiday tournament.

Curtis worked as a director for the Prairie State Games and in 1999 was named Charles Moore Volunteer of the Year. He found time to serve 18 years on the Carbondale Park District and in 1972 served as Illinois State Parks and Recreation president. He also served on the Carbondale Community Teen Basketball Task Force.