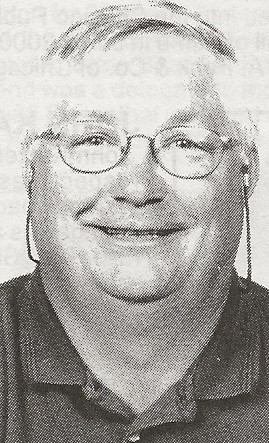 Biography: Gary Walter used to keep score of baseball games he listened to on the radio in his native Fairbury. He kept score of every IHSA state basketball tournament game from 1957-66 and 1969-82, with the interruption for military service. In 1983, Walter began keeping stats for radio station WJBC and all local Bloomington high schools.  Some of the highlights in Walter’s statistical career were working seven of the nine games Illinois State played in the NCAA tournament, Illinois Wesleyan’s Final Four games and Normal U-High’s state championship game in 1995. Since he was from Fairbury, Walter found it quite enjoyable to work the state championship of 1990 when Prairie Central lost in double overtime.  From 1984-98, Walter coordinated interviews for the IHSA basketball and football finals. From 1968-84, he had a streak of attending every Pontiac Holiday Tournament game that totaled 408. In 1999, Walter worked for ESPN during the NCAA women’s basketball tournament when eventual champion Purdue played at ISU. Walter added statistical duties for every game covered by WJBC starting in 1986 and kept the figures for the NCAA men’s and women’s golf finals in 1998.