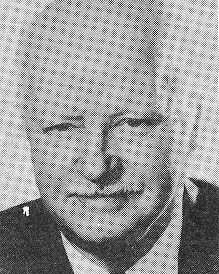 Biography: Howard “Lefty” Tyler served 28 years as the director of sports promotions for the Peoria Journal Star. As a prep, Lefty was a member of Salem Herke’s Peoria Central High School team that played in the 1921 state finals. He left school during his senior year but later reappeared at Bradley University as a talented southpaw pitcher. Lefty played in the era of “town” teams when players were imported for key games and played for small amounts of money in games where anything could and often did happen. Lefty was a great storyteller whose tales could easily fill a book.  Along with fellow inductee, Paul Reatherford, Lefty was a fixture in the Peoria Old Timer’s organization which benefitted young athletes from the entire Central Illinois area.