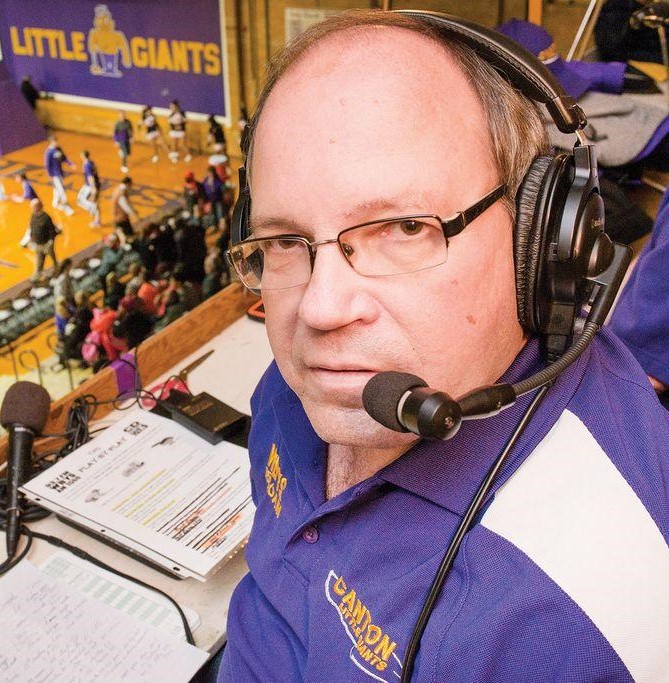 Biography:  June 19, 2020 marked the end of an era as Leon Groover stepped back from the WBYS-AM 1560 microphone after 46 years of service.  Leon worked in his hometown of Canton, IL and was the play-by-play and color announcer for 36 seasons of Little Giant boys' and girls' basketball.  Leon covered Fulton County schools since the mid-1980's in basketball, softball, baseball, and football.  He won the Silver Dome Award for best small market play-by-play in 2006 and 2008.  While Leon wil continue to broadcast some games, his regular presence on the airwaves will be missed.