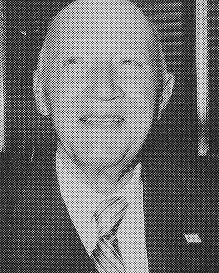 Biography: Fred “Brick” Young was the sports editor emeritus of the Bloomington Daily Pantagraph where he served for 50 years and helped develop, with his sports coverage, a circulation of 50,000 which is amazing for a community of this size.  Fred served as a football and basketball official in the Big 10 for 30 years and his record of officiating in the state basketball finals for 13 consecutive years is a record that may never be equaled.  Fred attended Normal HS and Illinois Wesleyan University where he set many records in the field of athletics.  In 1968 Fred was named one of the top Illinois Sports personalities of the century at the Centennial Affair at the University of Illinois.