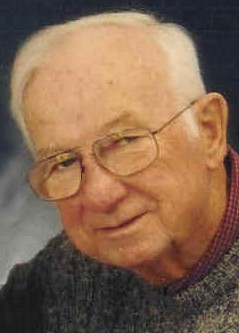 Biography: Chuck covered high school basketball in western Illinois and eastern Missouri for 37 years for The Quincy Herald Whig.  His coverage began as a part-timer while a student at Quincy College (now Quincy University), graduating in 1950.  He became a full time staff member in 1953.  Between those times, Chuck served in the US Army for nearly a year and then returned to the military as a member of the US Air Force during the Korean War.  While in the Air Force, Chuck wrote as a part-time contributor to several publications, including feature pieces for the Albuquerque Journal, where he wrote about the University of Illinois’ 1952 Rose Bowl victory over Stanford.  In January, 1967, Chuck became the sports editor for the QHW, a position that he held until August of 1984 when he was promoted to Executive Sports Editor.  He served as the president of the Illinois AP Sports Editors from 1968-70.  Chuck was one of the founding members of the Mart Heinan Tournament at Quincy College and helped lead the event through its entire 34 year run.  The tournament was considered one of the finest small college events in the nation.  Finally, in 1991, Chuck retired from the newspaper ending an amazing 41 year journalistic run.  He was inducted into the Quincy University Hall of Fame in 1977 and the Quincy High Scholl Hall of Fame in 1999.  Chuck Brady died on September 21, 2003 at the age of 78.