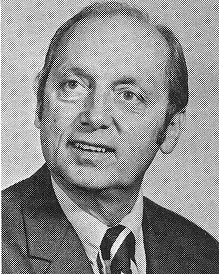 Biography: Bill Haarlow is one of the rare individuals to be inducted into the IBCA Hall of Fame in two categories.  He was inducted as a player in 1973 and as an official in 1976.  Two seasons after completing his degree at the University of Chicago, Bill Haarlow became the youngest Big Ten Conference basketball official at the age of 24. Bill continued with his whistle for 15 years. For the next 15 years, Haarlow served the Big Ten s its supervisor of officials. In his spare time, Bill authored the book Basketball Officiating. Bill was on the floor to whistle 10 NCAA tournaments including 2 finals. Twice he was selected as the most outstanding collegiate basketball official. During this time, Bill authored a second book, Officiating Techniques for the National Association of Collegiate Commissioners to whom he served as a consultant. Bill also consulted for many years to the NCAA basketball rules committee. At one point, Bill was selected by the United States government to tour Hong Kong, Japan, Bangkok, and Honolulu to instruct basketball officials. Bill passed away on November 21, 2003 at the age of 90.