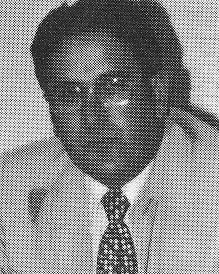 Biography: Fred Gibson of Centralia has two distinctions as an Illinois High School basketball official. He was one of the final officials to work the state tournament in Huff Gymnasium and he was on the floor for the opening tip of the first game in the Assembly Hall. In fact, he tossed the ball at center court to begin each game. The principal of Centralia HS, Fred officiated the state tournaments in 1962, 1963, 1964, and 1968. His officiating career spanned 24 years. In 21 of those years, he was tabbed to work in the IHSA playoff series, 16 at the sectional level or higher. Along the way he worked many holiday tournaments, he especially liked his hometown festivities. “The biggest honor was being able to meet, know, and work with some of the greatest coaches, players, administrators, and fans in the state of Illinois. I loved every minute of it”. Fred Gibson passed away on January 29, 2016.