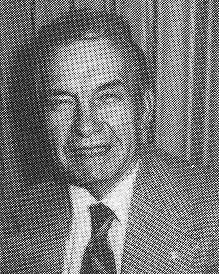 Biography: Gus E. Smutny retired from basketball officiating in 1968 after 30 years in the south Chicago area. Gus also traveled to Dwight and Sterling for game assignments. As a teacher at the College of DuPage, Gus also officiated football games in the suburban area. Some of his most memorable assignments were the many regional, sectional and holiday tournament games that he oversaw. The IHSA used Gus’s skills as a statistician for many years for the state finals in Champaign. He served the organization as both an assistant and chief statistician during those years. Gus Smutny passed away on April 7, 1989.