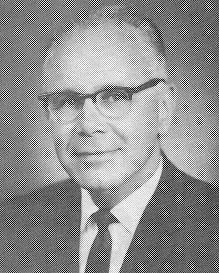 Biography: Clyde McQueen was involved with Illinois High School Basketball in nearly all positions. He played at Tremont High School before attending Bradley University where he was captain of the conference champions in 1930. At Bradley he received 17 letters in basketball, football, baseball, track and tennis. McQueen coached basketball at Springfield, Beardstown, El Paso and Mason City. The retired Sangamon County Superintendent of Schools refereed basketball both on the college and high school levels. In 1951 and 1952, McQueen was a floor official in the state tournament. Clyde passed away in 1996.