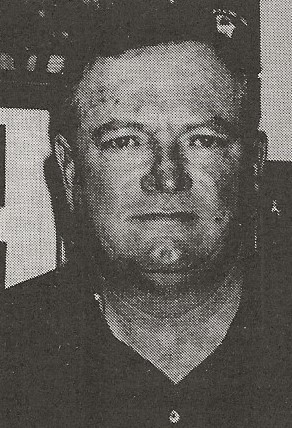 Biography: Jack L. Scott was one of the most respected basketball officials in south-central Illinois. At the time of his induction he had worked more than 40 IHSA boys and girls regionals, 6 girls sectionals and Illinois Elementary School Association state finals in his 35 years of officiating. Holiday tournament assignments took Scott to Dieterich, Vandalia, Charleston, Tower Hill, St. Elmo, Casey-Westfield and Cumberland. Other tourneys include the Bridgeport Central Classic, Crawford County and numerous shootouts, including Pinckneyville when NBA legend Kevin Garnett was a star with Chicago Farragut.  Scott worked the IBCA All-Star Game in 1993 and officiated in the Prairie State Games. He was one of the founders and leaders of the South Central Basketball Officials Association.  Honest and professional, Scott was not afraid to be controversial. He was an official who coaches could count on for a straight and honest answer to any question regarding a call he made or on officiating in general. He always worked with pride to become the best official possible and was known to read and reread the rulebook almost religiously. Scott’s major premises on officiating were to keep the game under control in the spirit of the rules and make sure both teams have an equal opportunity to win.  Jack Scott passed away in 2014 at the age of 74 and was married for more than 50 years to his wife Bettie.