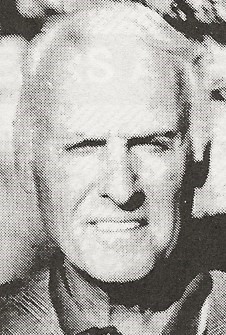 Biography: Ben Reilly got a good look at basketball before taking up officiating during the 1959-60 season. Reilly, who played at Chicago St. Rita, was the first coach at Chicago Mendel High School from 1954-59.   Reilly was fortunate in his first 12 years of officiating to work a number of regionals and a few sectionals. Reilly also officiated a number of championship dates in the Chicago Public League and the Chicago Catholic League, including several Chicago City Championship games, along with lots of work in the suburban conferences.   Reilly left the high school, junior college and small college levels when he became a Big Ten Conference official. He quickly was added to Midwestern City, Mid-Continent and Missouri Valley officials rosters. He also had fond memories of working games for the late Al McGuire at Marquette. “Al might give you a bite but he’d never hurt an official,” Reilly said. “Al McGuire was a man’s man.”  Puzzling Reilly was the way today’s players get from the top of the key to the basket without a dribble. He is also a member of Chicago 16-Inch Softball, Mendel Catholic and Chicago Catholic League halls of fame.