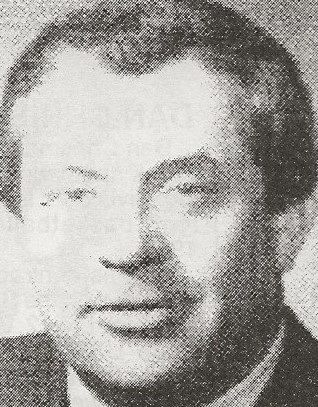 Biography: Donald E. Huddleston was a grain farmer in Palmer and senior vice president of the First National Bank of Raymond. He was probably much more recognizable as one of the top basketball officials in Illinois.  Huddleston officiated more than 1,800 boys varsity games in 36 years leading up to his induction in 2001. That number includes many holiday tournament games. The total number swells even more since Huddleston figures, counting junior varsity and girls games, he worked around 115 games a year.  Going into 2001, Huddleston called 36 IHSA Regionals, 19 IHSA Sectionals and 9 IHSA Super-sectionals. In 1985, 1986 and 1993, Huddleston refereed the IHSA Class A state finals. He doesn’t hesitate selecting the favorite game he has worked.  “The biggest and best was the 1984 Class A supersectional at Carbondale,” Huddleston said. “It was the last sellout they’ve had there. McLeansboro went on to win the state title after beating Breese Mater Dei 53-51. I considered myself pretty lucky because I probably couldn’t have gotten a ticket for that one.”  Don Huddleston retired from officiating in 2009.