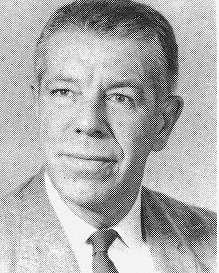 Biography: Buck Smith was a graduate of Flanagan HS and Bradley University.  He had a long and distinguished career as an official and as a coach.  Buck officiated the 1950, 1951, and 1952 state finals in Champaign when the tournament was the “Sweet 16” and had only four officials work the entire weekend.  Additionally, he worked 14 sectional championships in basketball and umpired the state basketball finals for nine years.  Buck was the Principal of Special Schools for Peoria District 150 during his career as an educator. He was inducted into the Bradley University Hall of Fame in 1952.  Buck Smith passed away several years ago.